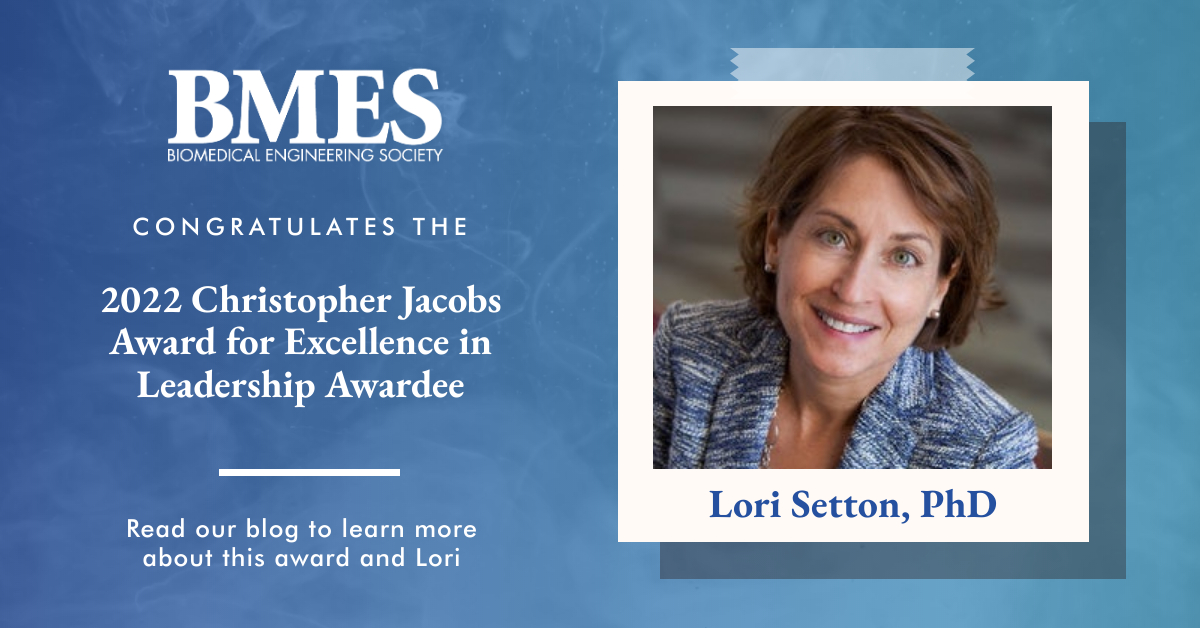 The Christopher Jacobs Award for Excellence in Leadership Award:
The BMES CMBE Christopher Jacobs Award recognizes leadership excellence in the Cell and Molecular Bioengineering community. Leadership is broadly defined and includes efforts in education, service, and publication/dissemination of knowledge related to the CMBE field. Dedicated service will also be recognized based on time and level of involvement in various programs and activities at regional, national or international levels. Service to the field should demonstrate the nominee's commitment to the Cellular and Molecular Bioengineering community, willingness to give time and effort, and the ability to draw together varied resources to affect change in the community.